The challenges for this event were big. We had some great things: a fantastic virtual studio in Brussels with a lot of great features and a great production crew, a dedicated team and a great timeslot on the social media of the European Commission. But what is the most important thing of an award show: finger nail biting finalists, their fans and an eager audience who are eager to find out if they won the award or not. You invite the jury to butter up the audience and built the tension to where they open the golden envelope. You get all the finalists in a grid view and capture their cheering moment of ecstasy. But because of the pandemic, the award show was postponed for almost a year. The whole event had to be done virtually. And the winners were already notified they had won. So none of that was there.
Then how to make the award show interesting to watch and add something to for them as well?

Not the answer: making a live award show without live elements

The initial ideas was for me to just make bridges to pre recorded statements. But why would we make a live show if there was no live element to it? And why would you want to watch it if you already knew you had won or not?

The answer: adding discussion to the European award show

Despite all our limitations we concluded we had one trophy in hand: we could have a live connection with 16 people. People who excelled in something Europe is craving so badly: good examples of how to engage young people to the important developments and future of Europe. And that is exactly what this price is about: awarding and collecting the best practises of that in Europe. So we decided to take that given and added to every category a discussion segment. In that we asked all the winners their view on a key dilemma in that category.

The most important ingredient: the enthusiasm of the finalists of the EU award show

These segments provided a nice break of the pre-recorded video’s and statements, added a live element to it and connected the different winners on a meta level. In the discussion they made some really interesting remarks beyond the obvious. This is because the discussion was about a topic the finalists share a passion for and have been working on with a lot of effort. Very little is as contagious as the passion of people.

a little bit of personal passion of the presenter

As former youth representative European affairs this topic is very dear to me. I remember having discussion with the then European Commissioner for communication who told us: “We have to teach people to love Europe, then they’ll vote”. I fiercely disagreed: As Helmuth Schmidt used to say: “Do I love Europe? I love my wife, not institutions”. You don’t vote in EU elections because you love what they do or love what they did in the past. You vote because you either disagree with what they do and change course. or because you like what thy do but are afraid the course might get changed if you don’t vote. Hence I said: “We should not make young people love Europe, but care about it and even be concerned.” 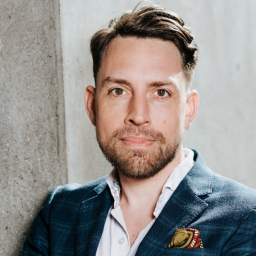